Three weeks ago, I realized Chris started eating from Bernie’s food bowl. The first couple of times I wasn’t concerned. Chris was a fussy eater. There were a few days he did not touch his food.

He’s five years old. Chris was a Christmas gift from a friend, thus his name. When I received him, he had just turned one year, and it took at least a month to discover his eating pattern. Like most Poodles, he picked at his food, leaving most for later. He’s unlike Bernie, who wolf’s everything and goes hunting for more. 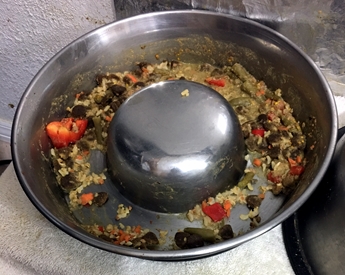 Bernie’s food-hunting habit required me placing his food bowl in my office and feed Chris in another room. That worked to keep Bernie from robbing Chris’s grub. 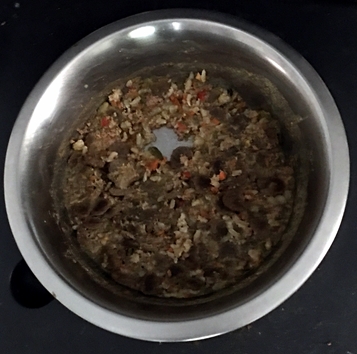 As of last week, Chris eats from Bernie’s food bowl. Bernie, as always, continued to eat from Chris’s bowl… and his own.

Bernie is a Goldendoodle. The hybrid of Golden Retriever/Poodle mix lends itself to having a laid-back, docile 85-pound dog. Small kids delight jumping on and pulling ears and otherwise playing. Bernie takes it all in stride.

The poodle in Chris tolerates casual horseplay, but within a few minutes, Chris will detach and walk away.

Lovable Bernie is dependable. I usually know what he will do and behave. Chris is independent and a scamp. I have to watch him like President Ronald Reagan said, “Trust but verify.”

I received Bernie as a one-year-old, and now he’s seven. Within a month Chris became the dominant dog.

Thankfully, the dogs get along. But there are a few issues. Our home is small, and the single hall between the living room and the rest of the home is narrow. When Chris laid down, blocking the hallway Bernie was captured. Bernie won’t try to jump over or persuade Chris to move.

He won’t bark to alert me or give Chris some sign to move. Bernie accepted being stuck until Chris moved. Bernie could be stuck for a few hours.

This confined issue didn’t happen daily, and I monitored my dogs to minimize the condition. Whenever Chris confined Bernie, I make Chris move.

I either commanded Chris to move or approached him. As I advanced, Chris shifted his position and moved out of my way. Bernie took advantage of Chris’s movement to escape.