Not just a single ‘click’ but by holding my finger on the camera shutter button, my iPhone Seven initiates a rapid burst of photos of Bernie and Chris play-fighting.

I attempt capturing exciting, sharp photos of them. In the past, all attempts have resulted in blurry photos.

Their movements were too quick for my camera shutter speed.

Yesterday I tried the ‘burst mode’ with total failure.

I followed the instructions and was able to isolate several shots.

I selected several individual photos. According to the instructions, once the photos were selected the camera would delete all the remaining burst photos. 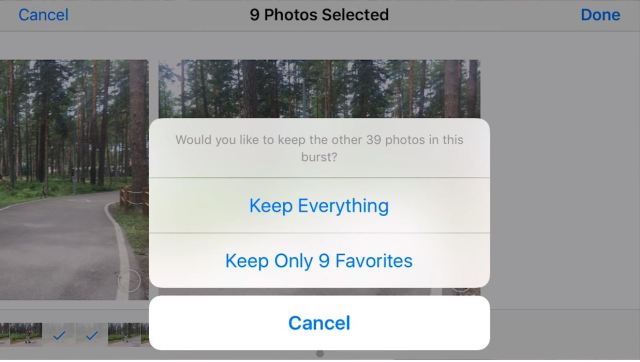 Or so I thought.

When I returned home, I checked the iCloud to view my automatically uploaded photos.

All the bust photos had been deleted.

Before yesterday, all my ‘burst photos’ were displayed stacked like playing cards; where the subsequent photos have the top edge stacked like soldiers behind the first photo. Here is an example.

Unfortunately, I can’t separate any photo that is behind the front photo.

I can initiate the burst mode.

I can isolate and select potential photos.

However, I am unable to upload them so I can edit and share.